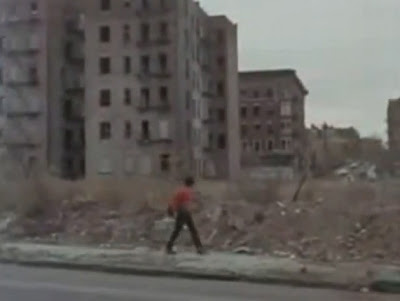 Check out this amazing video montage of Melrose and the surrounding neighborhoods during the 1970's and 1980's.  It is a really powerful video especially for those of us who, like myself, lived through these times.  We lived in a war zone amongst rubble, rats, drug infested streets, garbage everywhere with no one caring for us except ourselves and our families. So many politicians forgot about us as did the landlords...the later who just cared about receiving their monthly rent and could care less that the residents lived in squalor and third world conditions.  Buildings that collapsed with the arsonist fires that were set by gang members paid by landlords to torch them just lay where they fell. 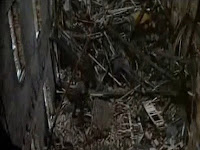 Please take the time to see this video.  How could an entire geographic section of New York City be left to decay like that?  This almost 10 minute video is a rather personal and emotional journey for myself because having lived through this and the stigma that one felt for living there because the rest of the city and the world treated us like some sort of freaks of nature for living there but what they always forgot is that it was not that easy to leave there.  Some of us made it out and moved away, others died through the violence or old age and then there were those who chose to stay and try to make a difference.

Next time you see someone who lived in Melrose and the South Bronx during the 70's, 80's and even early 90's you should congratulate them for making surviving such a horrific time which most certainly left an indelible mark on Melrose, The Bronx, New York City, state and country and most importantly on those of us who experienced it first hand.


Not sure who gets the credit for this video but it was posted by YouTube user TheBerlin09.


A big Melrose THANK YOU to all who endured it and survived as well as a moment of silence for all the lives lost.

(All images are stills from the video)
Posted by The Mayor of Melrose at 9:32 PM

I lived during '1970s urban decay' while growing up on Prospect Avenue / E 175th Street (Cross Bronx Expwy) and later near Westchester Avenue and E. 150th Street. Talk about hell in a handbasket! Though I was a kid, seeing burned down tenements was eerily common. My family moved to a high rise on Trinity Avenue in 1977 and rubble galore went as far as the eye could see. My parents still reside in the same apartment, and fortunately the landscape changed for the better over 30 years later. But make no mistake... this chapter of New York city history must never repeat. However, since Bloomberg proposed major cuts, and the working-class poor are leaving NYC in droves...will Melrose and South Bronx suffer again?

Did anyone else catch that this montage shows clips from the movie Wolfen?

The makers of Wolfen had the courage to show the true story of Bronx werewolves eating people. Those were crazy times.

Jacob, That's actually quite funny. Yes I caught that there were clips from Wolfen - it still captured the abandonment of the South Bronx though which makes it all the more relevant in that particular montage.

Thanks for taking the time to read it!

From what i've seen in at least Melrose is that we are much stronger than before the 70's and 80's with all the new buildings and now we have something that was missing back then - home ownership. The hundreds of townhomes in our area as well as the 3 condominium buildings weren't in place before so that somewhat stabilizes an area as vs one that is all rentals.

We also have so many projects going on in Melrose such as boricua college which will have 2,000 students as well as boricua village with 700 apartments, of over half are for middle income tenants to further stabilize the area. and 3 more projects haven't even broken grown as of yet.

My prior post contained an inaccuracy. Per Wikipedia, "The Wolfen were not werewolves, but in fact a more advanced version of a wolf which sat above man on the food chain."

I used to buy heroin in the melrose neighborhood back in the early 80s. Inez would cop for us. Exterminator, Elegante, etc. I don't know how I survived my early 20s.