Rainbow Triumphs Even Through The Clouds and Rain 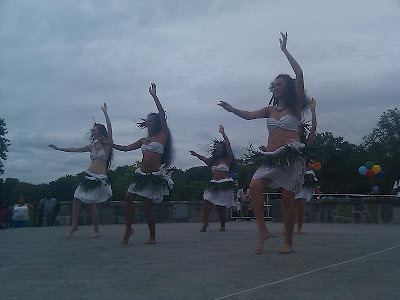 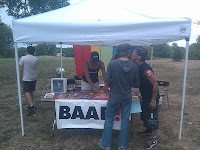 The sporadic rain showers weren't enough to keep members of the Lesbian, Gay, Transgendered and Bisexual community of the Bronx from showing their colors yesterday.  Sunday, August 15th, Bronx Community Pride Center, which is located in Melrose on East 149th Street between Brook and Bergen Streets, celebrated the annual Bronx Pride event this time at the beautiful Crotona Park. 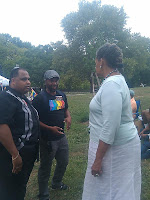 Family and friends enjoyed a variety of entertainment by the lake including acts by 1980's Freestyle legend, Safire who had the crowd dancing, Bronx spoken word artist, Simply Rob of El Grito de Poetas, and drag sensation, Sahara Davenport a former contestant on the hit LOGO show, Ru Paul's Drag Race just to name a few. 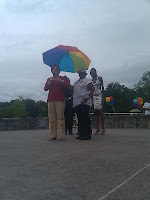 The show was hosted by the lovely Appolonia Cruz and statuesque Tyra Allure and local Bronx politicians were on hand to offer inspiring words of support including in no particular order, Congressman Jose E. Serrano, Bronx Borough President Ruben Diaz, Jr, NYS Senators Jose M. Serrano (son of the congressman) and Ruth Hassell-Thompson.  Even our own proud LGBT member, New York City Council Speaker, Christine Quinn was present to receive an award from Bronx Pride Community Center for her never-ending hard work on issues important to all New Yorkers including the LGBT Community.  Assembly District Leader (80th A.D) Kenny Agosto, the first ever openly gay politician from the Bronx was also on hand to enjoy the day's celebration. 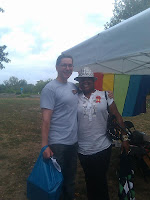 This pride was also special as Dirk McCall,  of BCPC, celebrated his first Bronx Pride as Executive Director of the center.  He recently took the reigns and is working hard along with all the staff of BCPC to make sure that the LGBT community of the Bronx and their needs are served.  Over the next few months, keep your eye on Bronx Community Pride Center for many positive changes to come which with through the great work of Deputy Executive Director David Matthews on the team as well will put the Bronx on the map yet again.


A big Welcome2Melrose THANK YOU to Bronx Community Pride Center for making Bronx Pride 2010 the best one yet!  Keep up the great work! 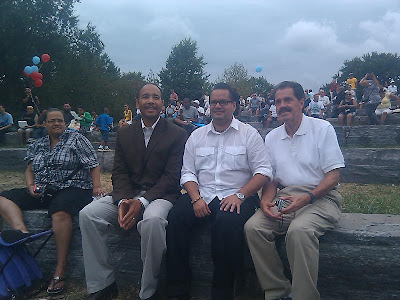 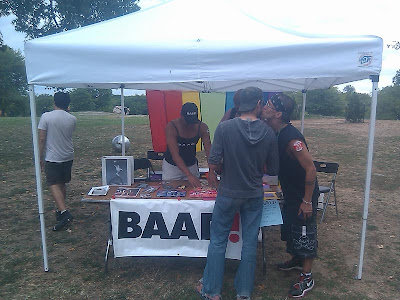 Bronx Academy of Art and Dance 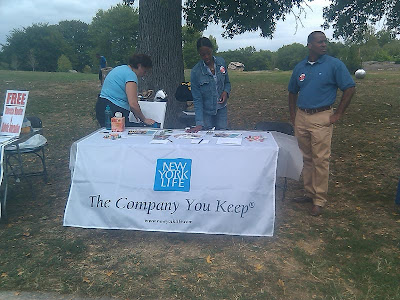 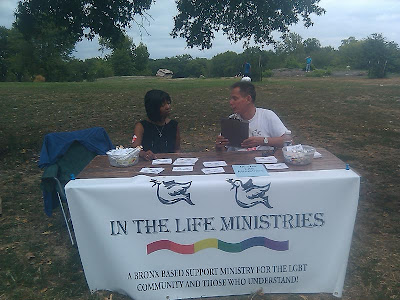