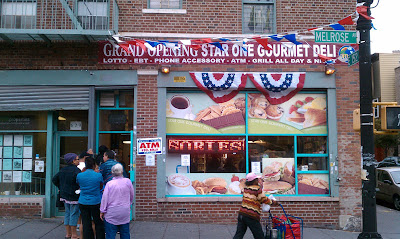 Well there is no catch - except that free breakfast was made available to anyone who walked in between the hours of 5:30AM to 11AM today for the grand opening of our newest night owl and 24 hour establishment, Star One Gourmet Deli. 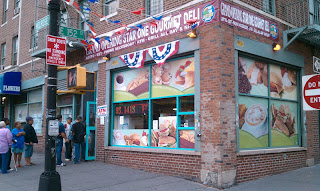 Located on Melrose Avenue at the corner of East 152nd Street, Star One Gourmet Deli is the latest business to open its doors in Melrose.  Over the last few weeks no less than 5 business have opened their doors for the first time to Melrose residents, not including Boricua College which opened up officially yesterday (more on that in a few).

Local residents were very impressed that a business was giving away free breakfast to local residents during such bleak economic times (a quick survey of the eager customers on line said they didn't believe last week's report that the recession was over since June of 2009). 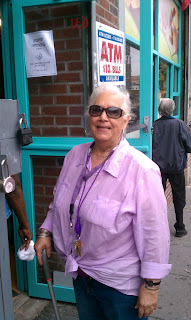 Minerva Herrera of Melrose said that what Star One Gourmet Deli is doing today, "is a very beautiful thing in today's world and nice for their new customers."  She went further on to say that she wishes them many beautiful and successful years.

"Welcome2Melrose" Star One Gourmet Deli!  Great way to create a loyal customer base on your first day!

Here's to your success! 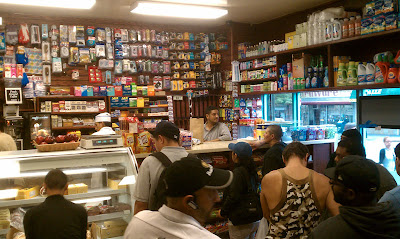 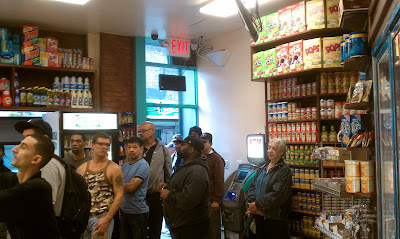 New customers patiently waiting for a rare treat - free breakfast!
Posted by The Mayor of Melrose at 10:49 AM