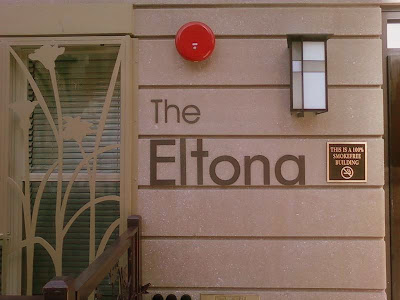 I decided to walk past The Eltona (a 63 unit, 5 story building) today and take a few pictures and was pleasantly greeted by the building's super who graciously gave me a tour of 3 model apartments - 1, 2 and 3 bedroom units as well as some of the onsite amenities.  Previously unbeknownst to me, a ribbon cutting ceremony is scheduled for tomorrow and a few hours later I received a personal invitation directly from The City of New York's Department of Housing Preservation and Development.  How about that? The Mayor of Melrose rubbing elbows with Mayor Bloomberg as well as the Honorable Ruben Diaz, Jr., The Bronx' Borough President. 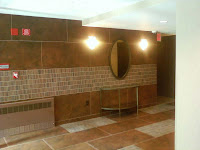 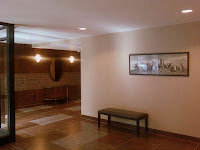 The Eltona will soon be THE FIRST affordable LEED Platinum building in New York State, not The Bronx, Brooklyn or New York City but the FIRST in the entire State of New York right here in our great our great neighborhood, Melrose.  Wind turbines located on the rooftop will provide a renewable energy source for the common areas.  The interior of the building was constructed by utilizing non-toxic materials and in its mission to provide a healthy environment to low-income residents it will be a 100% smoke free building.  This may sound a little restrictive but it is a key component to Mount Sinai School of Medicine's study "of the effects of living in a green building on families who suffer from asthma" which will be studying the residents living at The Eltona.  The residents will also benefit from education materials geared towards teaching residents on how to live a healthier as well as a "greener" lifestyle.  Upon moving in, residents will also receive coupons as part of their welcome kit so that they may shop at The South Bronx Food Co-op which is just 2 blocks away from The Eltona. 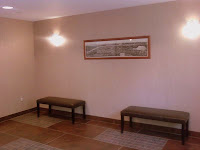 The beautiful ornamental fencing and ironwork which was one of the many features that attracted my curious eyes were designed by commissioned artist Béatrice Coron, a local artist who was born and raised in Lyon, France and has been living in New York City since 1984.  Her art has been featured across the country as well as across France and it is truly humbling to have such beautiful public art right here in our own backyard by an international artist. 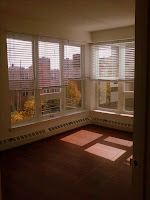 Some other features of The Eltona are:  Laundry Room on each floor, storage room on each floor with one storage unit per apartment, 2 bathrooms in each 2 and 3 bedroom unit as well as a dishwasher in every single apartment.  The hardwood floors are beautiful as is the amount of natural light that flows in through the larger than normal windows.  The Eltona truly is the new frontier in low-income housing - a green building with all the amenities that until now were only available to those who can afford a co-op or a condo.  With Coqui Mexicano nearby as well as PeaceLove Cafe and excellent transportation options, these residents will truly be lucky!  Visit GreenHomeNYC for a greater detailed list of energy efficient items as well as green products used in construction of The Eltona.
Let's hear it for New York City, Blue Sea Development (who you may remember as the developers of Fox-Legget Co-op with its 2,400 square foot green roof) for building such an innovative project in an area that so many had forgotten about decades ago.  A big Melrose THANK YOU to all! 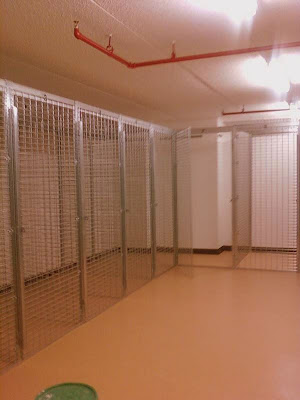 Every apartment has a storage unit located in a storage room on each floor. (Yes...I'm jealous!) 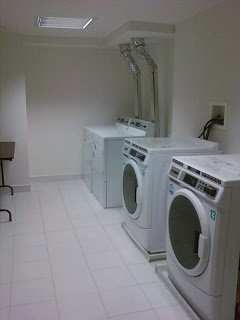 Also located on each floor is a laundry room so no more
running down to the basement to add the fabric softener! 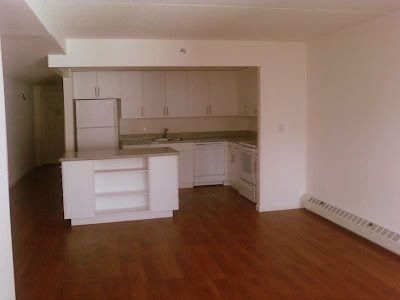 Kitchen layout of a 3 Bedroom unit.  All units have generous kitchen cabinet space as well as dishwashers. 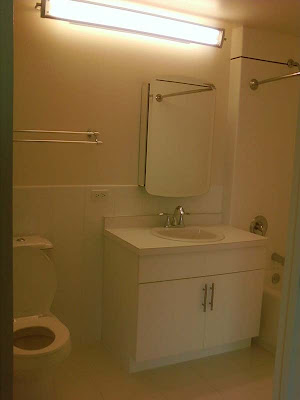 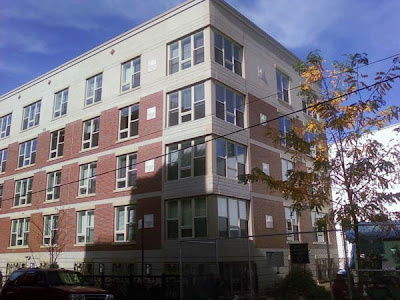 Southeast corner of the building directly adjacent to one of the many community gardens in Melrose.  This one is called Vogue Garden.

You're not the only one who's jealous - this place looks amazing! Have fun at the ribbon cutting!

Thanks! Every one loved the personal storage units in the storage rooms located on each floor...BP Ruben Diaz, Jr could not comment enough on how it should be something available to everyone! Pics of the ceremony to be posted tonight.

I’m very happy to read this. This is the kind of details that needs to be given and not the accidental misinformation that’s at the other blogs. Appreciate your sharing this post.
nyc event space