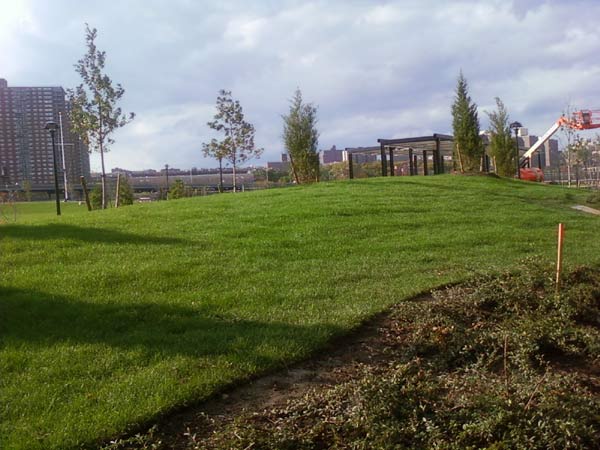 The other day as I was making my treck over to the Gateway Center at Bronx Terminal Market, the new mall which houses, Home Depot, Best Buy, Bed Bath and Beyond, BJ's (whew...any more stores that begin with a "B"??), Staples and Target just to name a few, I decided to check out the progress of our new waterfront park, Mill Pond Park. 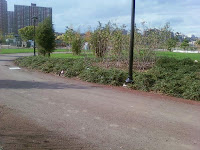 Mill Pond Park is the first waterfront park along The Bronx Harlem River waterfront in decades and once complete will be a much welcomed addition to our neighborhood in the South Bronx.  Finally we get a little slice of what Manhattanites take for granted (i.e. The Hudson River Park).  It is also a minor, minor fulfillment of the Yankees' promise to replace the parkland which it gobbled up for the construction of the new stadium. I say minor because for whatever reason this is moving along at a very glacial pace...come on Yanks...speed it up! 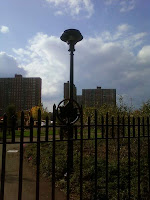 So what will the new park feature for us?  For starters, it will be a 10 acre park with 16 tennis courts, 12 of which will be open year-round as they have been designed to have a bubble enclosure.  A concessionaire will be chosen to install the bubble as well as operate the indoor tennis courts during the winter months.  They will also be given the option to operate a year round cafe as well as construct an outdoor ice skating rink for winter use.


Below are some more pics of the park. I heard it was supposed to open sometime this year but we'll see. 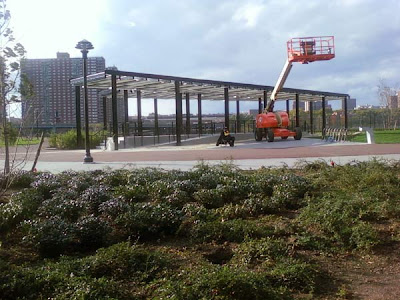 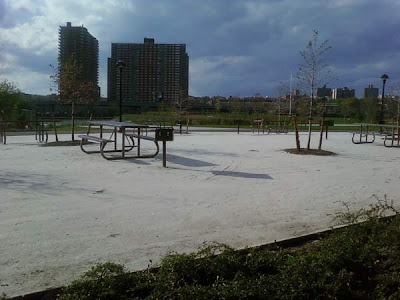 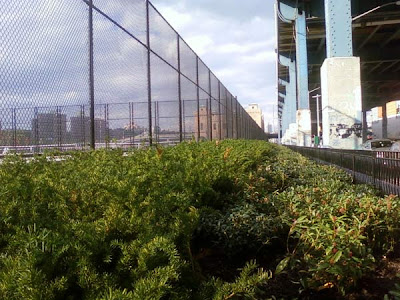 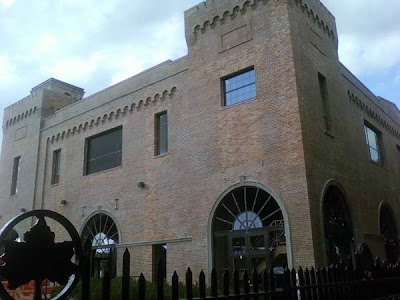 The Historic Power House is currently being restored and will include a green roof, lockers, restrooms and a cafe.

Posted by The Mayor of Melrose at 2:59 PM