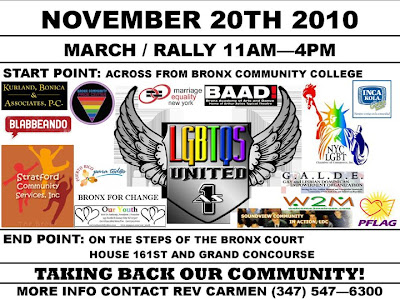 This coming Saturday, November 20th, 2010, join forces with Welcome2Melrose, NYC LGBT Chamber of Commerce, Bronx Community Pride Center and numerous other organizations, LGBT community leaders and citizens and straight supporters in an historic event.
At 11AM we will begin to rally at Bronx Community College on University Avenue and West 181st Street then at Noon we will march to 1910 Osborne Avenue, the site of the brutal and horrific attacks on 3 individuals suspecting of being gay, for a prayer and then proceed to march to the steps of the Bronx County Courthouse on the Grand Concourse and East 161st Street to rally for a call to the end of anti-LGBT violence in the Bronx and the rest of New York.
I hope to see you there as this is not just a gay issue but it is a quality of LIFE issue for ALL Bronxites...we must rally together and call for an end to the violence in our communities.  Whether you march down with us from Bronx Community College or you meet us at the Bronx County Courthouse, your support will greatly be appreciated. 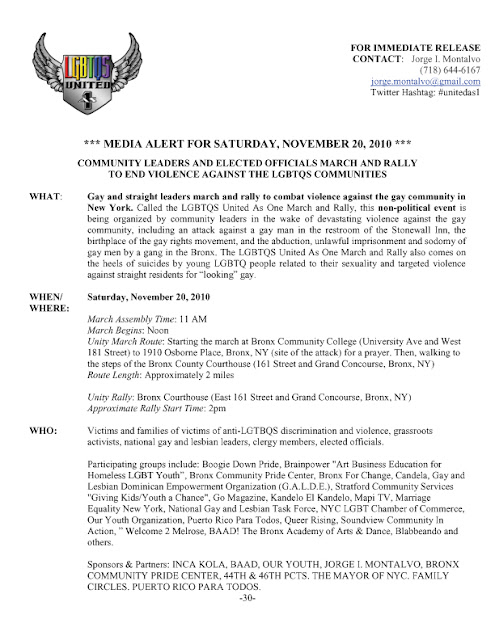 Posted by The Mayor of Melrose at 1:24 PM