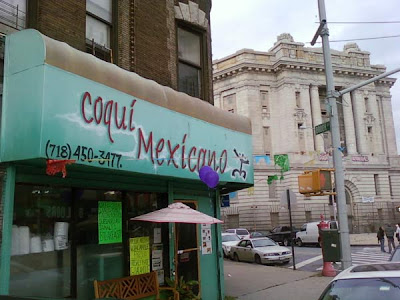 When I first saw Coqui Mexicano on one of my many walks around the neighborhood it quickly caught my attention as I knew right away it had to be a fusion of Puerto Rican and Mexican cuisine but i quickly said to myself, "Great...just what the neighborhood needs...another Puerto Rican or Mexican restaurant." (which we probably have the highest number of Mexican restaurants in all of The Bronx!)  After Friday's visit boy am I just banging my head against a brick wall for not stopping by sooner!  Coqui Mexicano is the product of husband and wife team Danisha, who is from Puerto Rico and husband Alfredo Diego who is from Mexico and has been in the United States for 20 years.

According to Danisha, since she was not allowed to play outside in the streets while growing up she spent her formative years, "always in somebody's kitchen asking a million and questions or trying to help...if it wasn't mommy's kitchen, it was abuela's...if it wasn't abuela's it was tia's."  As a result she always enjoyed cooking and experimenting. 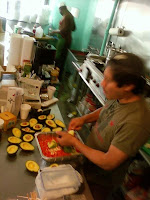 As for Alfredo, it was always his ultimate dream to own his own business so after working in and learning every facet of the industry (food prep, bus boy, runner, delivery, bartender, waiter, caterer) for 20 years since he stepped foot into the United States, "...the next logical step with all his experience would be towards applying it to owning his own place," said his wife and business partner Danisha. 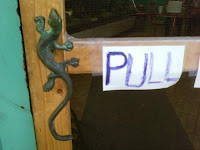 I moseyed up Third Avenue towards 161st where Third meets Brook Avenue which is where the they are located and I knew I was getting closer when I could see the Old Bronx Courthouse.  As soon as I entered Coqui Mexicano I immediately felt as if I entered some restaurant back in Puerto Rico.  The colors, the non-pretentious decor and open kitchen where you can see everything as it is prepared in front of you really makes great use of this space.  Alfredo's reception was very warm considering he didn't know who I was at the moment so that made me feel great and very welcomed as a family owned restaurant should be. 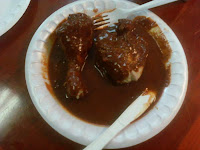 After a brief chat, he told me that he was just finishing up his fresh, homemade mole (pronounced moh-leh and is a thick sauce popular in Mexican cooking.  The sauce itself is made up of various Mexican spices and chocolate...yes chocolate. I'm not sure what exactly his ingredients were for I dared not to ask what most likely is a well guarded secret).  I told him not to worry as I was in no hurry and that I was there to sample as much as humanly possible.  I was especially interested in trying the Ensalada de Pulpo, or Octopus Salad as well as the Latin Style Couscous so with that said, Alfredo just provided me with some plates and just as I was about to serve myself some of the couscous, he came right over with a plate of chicken with mole sauce, some white rice and black beans. 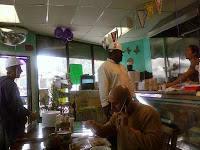 Heaven.  That is how I can descibe the chicken with mole sauce.  The chicken was so tender that it just fell apart as you dug your fork in and the mole sauce was perfect.  With enough fire to give it a kick but not too much as to drown out the other spices.  The white rice was nice and fluffy and the black beans were by far the best black beans I've ever had in any restaurant.  Definitely not what I expected.  As I was eating this fine dish, Police Officer Ralphie Diaz came in and joined me in this feast.  Ever since they opened in August of 2008, he has been coming in religiously as he is also hooked on their food.   We spoke a great deal about all the change that has occurred over the past 5 years (he's been on the force for 16 years and all of those years he has worked in the neighborhood and is now working as part of the 42nd Precinct's Community Relations division). 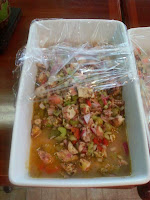 So after we were done with the mole, we both moved on to the Ensalada de Pulpo (Octopus Salad) which was a pleasantly cool salad that does't overwhelm the palate with a fishy aftertaste due to the delicate balance of spices, onions, vinegar and what appeared to be fresh lime as well.  The Latin Style Couscous Salad was also a winner and is a MUST for all who visit...who would have thought that couscous could be "Ricanized"??!! 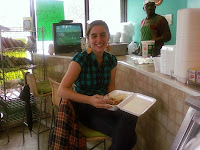 The entire experience at Coqui Mexicano left me feeling very happy for I felt as if I walked into a relative's home because it was so welcoming.  Everyone was chatting and Alfredo was very attentive to make sure that everything was ok and if I needed anything else.  I also had the pleasure of running into local South Bronx Food Co-op employee Lily Acunzo who is a self-proclaimed fan of the restaurant and spoke warmly about Danisha and Alfredo.  Lily says when she can't make it over from the co-op she calls and has her lunch delivered as she loves it that much! 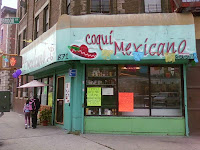 Don't wait like I did and head on over to 871 Brook Avenue @ 161st and 3rd Avenue in Melrose and support our local small business owners!!  Coqui Mexicano is open Mon-Fri from 7AM - 7PM, Saturdays from 9AM - 7PM and is closed on Sundays.  They can be reached at 718-350-3477 or coquimexicano@ymail.com.  Oh and did I mention that they are right next to Boricua Village????  The residents of the 700+ units are in for a real treat once Boricua Village is completed and they move in...not to mention the 2000 students that will be attending Boricua College right on the premises. So let's give a big Melrose THANK YOU to Alfredo and Danisha for pursuing the American Dream and creating such a great, TRUE family atmosphere and welcoming us into their dining room and kitchen. 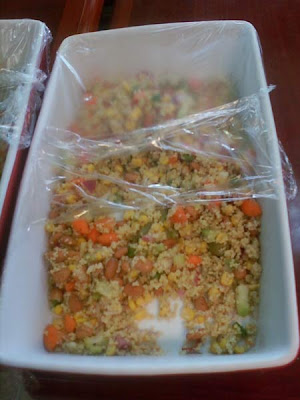 The delicious and not to be missed Latin Style Couscous Salad 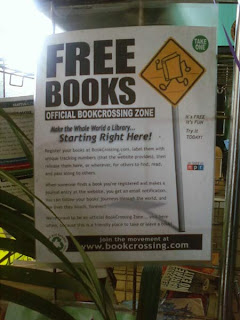 Coqui Mexicano is an official BookCrossing location where you can pick up a free book and take it with you or drop off books that you no longer want.  Then you can track and see where your book ends up in the world! 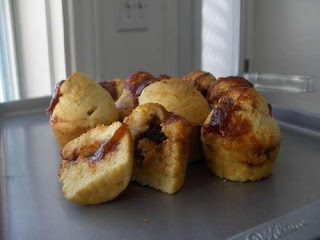 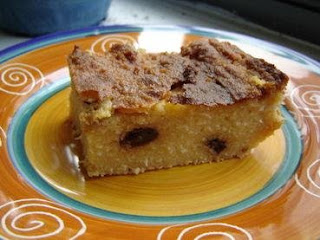 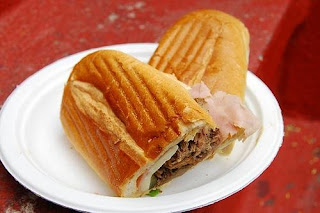 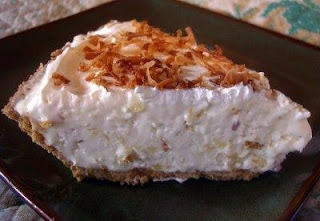 Piña Colada Pie (yes there is a heaven!) 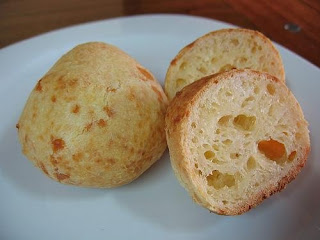 Yuca rolls made to order! 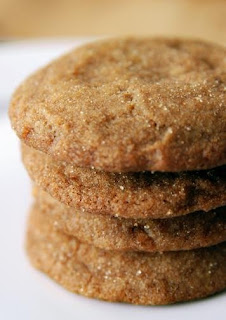 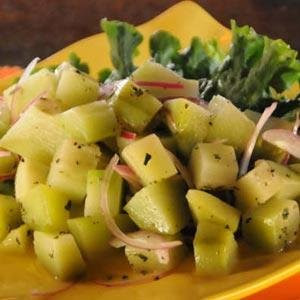 Chayote Salad
(first domesticated in Mexico, chayotebelongs to the gourd family
along with melons, cucumber and squash.)
Posted by The Mayor of Melrose at 2:06 AM

I love reading everything you write! BRAVO!